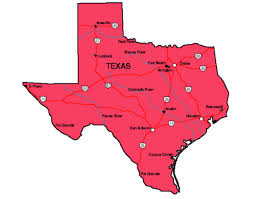 It’s been a while since The Curmudgeon has poked fun at Texas; after all, Texas is so terribly, terribly pokable (such as here and here and here). He assures you it has nothing to do with his wife’s mother, her brother and his wife, their three daughters, and their son, daughter in-law, and new baby all living in the Lone Star state. The Curmudgeon adores his new family but Mrs. Curmudgeon has never lived there and that’s what matters most.

Actually, there’s probably a reasonable case to be made for banning some books in prisons.  The kind of judgment Texas authorities exercised in banning books, though, just screams for attention – and belittling.

The Dallas Morning News takes up the story.

More than 10,000 books are banned from Texas prisons, but they might not be the ones you think.

Alice Walker’s The Color Purple, which won the Pulitzer Prize and National Book Award for fiction, is not allowed. Neither is Freakonomics, the 2005 bestseller that explained concepts such as cheating at school and parenting techniques using economic theory.

But Adolf Hitler’s Mein Kampf, as well as his On National Socialism and World Relations, are both on the Texas Department of Criminal Justice’s list of approved books. Also allowed are two books by former Ku Klux Klan Grand Wizard David Duke as well as James Battersby’s The Holy Book of Adolf Hitler, described on Amazon.com as “the Bible of neo-Nazism and of esoteric Hitlerism.”

Where’s Waldo? Santa Spectacular is banned. So is Homer Simpson’s Little Book of Laziness andMonty Python’s Big Red Book. A collection of Shakespearean sonnets is banned.  On the approved list? Satan’s Sorcery Volume I by Rev. Caesar 999 and 100 Great Poems of Love and Lust.

According to the Texas Department of Criminal Justice’s policies, a book, magazine or other publication can be banned because it contains:

Information on the manufacture of explosives, weapons and/or drugs.

Well, this certainly explains why Where’s Waldo? is banned, right?

Many graphic novels and art books are prohibited for nudity or sexual images, including the Game of Thronescomic books and some titles from The Walking Dead. Monty Python’s books were also banned for this reason, as was an illustrated history of the Coen brothers movie The Big Lebowski.

The Big Book of Angels and the book of Shakespearean sonnets were banned for containing nude images of children.

“Sexually explicit image” is defined as a photograph or drawing showing the sex act from any vantage point, full frontal nudity or “the exposed female breast(s) with nipple(s) or areola(s).” This means a calendar of the Dallas Cowboys cheerleaders is OK, but “Penthouse Hottest Girls Since 1969,” not so much. 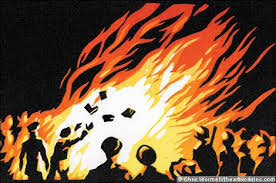 Maps are banned (including one on the Islamic Society of Greater Houston’s 2015 calendar) because they “could facilitate an escape,” according to Jason Clark, TDCJ deputy chief of staff. Some home improvement guides, like Basic Wiring, contain “instructions which cause security concerns.”

The Color Purple is banned because the story describes incest, Clark said. While Walker implies and the reader believes the main character is raped by her father, the reader learns later this is not the case. However, the book could still be banned for depicting rape.

But Freakonomics, which contains sections discussing crime reduction after the advent of legal abortion and the working conditions of crack cocaine dealers, remains on the banned list.

Clark said Steven D. Levitt and Stephen J. Dubner’s economic treatise ended up on there because it contains “racial content” that could be construed as being “written solely for the purpose of communicating information designed to achieve the breakdown of prisons through offender disruption.”

But what about My Awakening — in which David Duke argues for racial segregation — or his Jewish Supremacism? What about Mein Kampf?

In explanation, Clark said Hitler’s Nazi thesis conforms to the state’s guidelines: “Mein Kampf is on the approved list because it does not violate our rules.”

Texas truly remains the gift that keeps on giving.

The Four-Eyed Curmudgeon is a middle-aged male who is everything right-wing America despises: he is a big-city, ivy league-educated, liberal Jew. He currently resides in a suburb of Philadelphia. He chooses anonymity for the time being because this is his first experience blogging and he wants to get comfortable with it, and see if he likes it, before he exposes himself (figuratively speaking, of course) to the world. View all posts by foureyedcurmudgeon