When Pennsylvania’s Attorney General released a 900-page report detailing decades of sexual abuse by Catholic priests in his state the Vatican issued a strong statement criticizing the “…criminal and morally reprehensible conduct…” of those priests and those who protected them.

The statement declared that

The church must learn hard lessons from its past, and there should be accountability for both abusers and those who permitted abuse to occur. 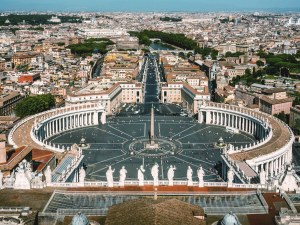 To The Curmudgeon this feels like an attempt by the Catholic Church to distance itself from the abuses.  In fact, the statement immediately called to mind Hillary Clinton’s semi-mea culpa for the 1990s “travelgate” scandal in which she declared that “Mistakes were made,” using the passive voice to distance herself from responsibility instead of admitting “We made mistakes.”

The Curmudgeon realizes this may reflect nothing more than his over-sensitivity to language, yet you have to figure that a whole lot of people – clergymen in Rome, public relations professionals, and of course lawyers – had their hands on that statement before it was released, which to him suggests that the final version says exactly what they wanted it to say in exactly the manner in which they wanted to say it.

That is, to put some distance between the Vatican leaders who looked away during all this abuse for all of those years and these particular Pennsylvania abusers.

No matter how many times we go through this, the Catholic Church never seems to learn.

The Four-Eyed Curmudgeon is a middle-aged male who is everything right-wing America despises: he is a big-city, ivy league-educated, liberal Jew. He currently resides in a suburb of Philadelphia. He chooses anonymity for the time being because this is his first experience blogging and he wants to get comfortable with it, and see if he likes it, before he exposes himself (figuratively speaking, of course) to the world. View all posts by foureyedcurmudgeon

One thought on “Deflecting Blame and Avoiding Responsibility?”